Want a job at Google or another major tech company? Laszlo Bock, senior vice president of People Operations at Google, shares five traits that every developer should have.

When interviewing new candidates, the hiring team at Google wants to see a mindset that’s always looking for new solutions and opportunities. Key for any job is the ability to quickly to analyze a situation, determine the variables, evaluate the best course of action, and make decisions. This is the foundation of any solid team contributor.

In his interview with the New York Times, Bock elaborated that "the No. 1 thing we look for is general cognitive ability, and it’s not I.Q. It’s learning ability. It’s the ability to process on the fly. It’s the ability to pull together disparate bits of information. We assess [cognitive ability] using structured behavioral interviews that we validate to make sure they’re predictive.”

Interviewers at Google want candidates who will know when it’s necessary to step up and lead a team, and when to step back, help carry out a project, and let someone else take charge. Both taking and relinquishing power at the appropriate time is critical to being an effective leader. When you’re solving new problems, flexible leadership is key.

“Part of the challenge with leadership is that it’s very driven by gut instinct in most cases—and even worse, everyone thinks they’re really good at it. The reality is that very few people are,” Bock explained.

The end goal of contributing to a team is to solve the problem. Humility comes in when you contribute your piece and then let someone else become the forefront contributor.

An arrogant team member will inaccurately attribute success to personal genius and failure to external forces beyond his or her control, instead of approaching a problem or a team with a teachable attitude.

“What we’ve seen is that the people who are the most successful here, who we want to hire, will have a fierce position. They’ll argue like hell. They’ll be zealots about their point of view. But then you say, ‘here’s a new fact,’ and they’ll go, ‘Oh, well, that changes things; you’re right.’ You need a big ego and small ego in the same person at the same time."

Taking ownership of a project brings with it a sense of responsibility. Good employees can’t wait to be given a problem or a task. They need to feel a sense of ownership that drives them to find new problems to be solved and opportunities to take advantage of.

Google isn’t simply looking for traditional scholars. Through their analysis of the correlation between high GPAs and good employees, they found that performance in college and high test scores didn’t predict anything once the candidate had been out of school and in a career for a few years. According to a New York Times interview, Bock mentioned the “proportion of people without any college education at Google has increased over time” — now as high as 14 percent on some teams.

This is one of the big ideas that drives us at Code Fellows. There are Computer Scientists who go the traditional route through the university system, which is massively important. But there is also a huge set of self-learners and people who’ve been through bootcamps who are software engineers. Google sees the value in both. 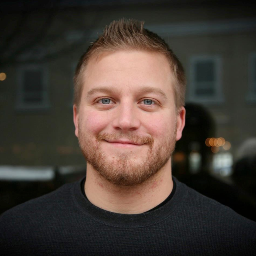 Mike is a seasoned brand builder who has been tapped by companies like the Seahawks, Microsoft, and Caffe Vita to consult on brand development. He is a founding partner of a local creative agency.