Apprenticeships: The Time-Tested Model Changing the Face of Tech

The tech industry is known for blazing trails, for seeing new opportunities, and for pushing boundaries.

Now, there is a new opportunity that the forward-thinking companies in tech are taking advantage of, with roots in an age-old training method: apprenticeships.

This new model of apprenticeships is designed to meet the hiring needs of the tech industry by combining on-the-job training with relevant skills-based study. This model has been top-of-mind in both the public and private sector in the last year. Companies like LinkedIn, Intuit, Adobe, and GE are using tech apprenticeships to create more cohesive teams and increase employee loyalty. Apprenticeships have been a priority for the White House as well, as evidenced in the Executive Order released on June 15, 2017.

On a local level, we are seeing the results from our partnership with organizations like Apprenti for both apprentices and the companies they join. To celebrate National Apprenticeship Week, we wanted to share a few of those stories.

David Lim, an Army veteran and Code Fellows graduate, knows first-hand the benefit of apprenticeships. After leaving the military, he spent an additional nine years in law enforcement and wanted a new career that wouldn’t involve personal risk. Software development fit the bill.

He came to Code Fellows to accelerate his career pivot and entered the tech industry looking for an opportunity that would provide both mentorship and professional skill building. Apprenti’s program and their partnership with Code Fellows was ideal. After demonstrating alignment with Amazon’s leadership principles and a strong aptitude for software development through a technical assessment, he landed as an apprentice at AWS in September.

Amazon, with their 2016 commitment to hire 25,000 veterans in the next five years, has found apprenticeships as one of the best avenues to recruit veterans and other underrepresented talent. In September 2017, they onboarded David and eight other Code Fellows graduates in Amazon Web Services S3 and the Amazon Kindle Division.

Military Recruiting Program Manager Tammy Thieman said, “At Amazon we’re continuing to expand our technical apprenticeship program, particularly for the military population. Code Fellows has been a terrific partner in these efforts—developing training for our software development engineer apprentices.”

Regarding his time in the apprenticeship so far, David shared, “In the last couple months at Amazon, I’ve been mentored by some of the best engineers in the industry. I’ve come to realize that apprenticeships are an ideal way for companies to find diverse talent while reducing the talent deficit due to lack of software engineers in the job market. This apprenticeship has allowed me to grow my Software Development Engineer skills and become a valuable Amazon team member.”

Microsoft has also expanded their hiring pipeline by partnering with Apprenti and Code Fellows. Their first cohort of 17 apprentices—hand-selected by Apprenti’s rigorous selection process and trained at Code Fellows & TLG Learning—are a week into their apprenticeships and brought with them an excitement to see how this program can grow.

“We know that the current talent pipeline in the marketplace is not going to meet our hiring demand, so we have an imperative to create non-traditional hiring channels,” Pamela Soberman, HR Manager for the Windows and Devices Group, said. “On top of that, the research tells us that diverse teams lead to more innovation. Hiring individuals from a diversity of backgrounds and experiences is a win-win for the business. The Apprenti program is a great way for Microsoft to source and leverage a new talent pool. We’re excited to welcome our new apprentices to Microsoft and see their impact!”

John Gaines, a Code Fellows alum and one of the Microsoft apprentices, made a courageous decision to resign from his post as captain of an offshore supply vessel in March 2016 when he realized the impact that his absence was making on his family.

After stumbling upon the Code Fellows campus, he got a taste of the excitement and purpose he saw as the students immersed themselves in learning to code. He was accepted into Microsoft’s first Apprenti cohort because of the close alignment between his values and those of Microsoft. His training for the year-long apprenticeship involved an intensive two months at Code Fellows and additional time at TLG Learning focused on C# training.

Just one week into his apprenticeship, he has already felt the impact that this model can have. “We collaborate and learn together while inviting anyone to participate who wants to contribute,” he shard. “For me, working successfully with a team and collaborating on code is one of the best things you can master. Once you can do that, you will not only be more valuable to your team, but also open your mind to new ways of looking at solutions to a problem.”

These examples are just a glimpse into the huge impact partnerships between WTIA Apprenti, Code Fellows, and top tech organizations can have to transform lives and positively affect the culture of the industry.

Ready to see the results that apprenticeships can have on both the input and output of your organization? To learn more about this training model, get in touch! 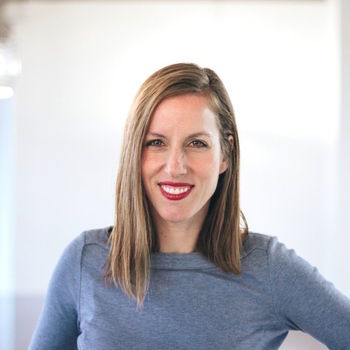 As a strategic talent management professional, Elizabeth brings a spirit of enthusiasm and collaboration to build powerful partnerships internally and externally, with the goal of releasing individual and collective potential. She currently serves as the Director of Partner Relations at Code Fellows, an immersive software development training program, where she is working as an advocate for non-traditional and under-represented talent to make their mark in the tech industry.