David Gardner is a co-founder at DealTapp, an app that connects Seattleites (and soon, others) with the best local deals. Gardner completed an iOS development night class here at Code Fellows in 2015, and credits the atmosphere and instructors of the course with making his app possible.

What made you attend the Code Fellows IOS night class?

A friend of mine from Seattle went through the Code Fellows bootcamp and had good things to say about it. He’d been in a job he didn’t really like. He had taken the Code Fellows class and said that while it was a ton of work, it had gotten him a job [at Expedia]. I really didn’t want to make a big commitment to classes, but at the same time I wanted to understand how to write programs and better communicate with developers. Mostly, my friend’s story was powerful—an “if something is not working, try it from a different angle” kind of story. It pushed me to try it.

What was the most challenging part of the class?

The whole class was challenging, and there was definitely a learning curve; learning to ask the right questions—and to not be afraid to ask questions—was a big part of that. Not being afraid to try new things and think outside the box and be creative. Not giving up—not being afraid to ask a question and sound, you know, dumb. A lot of people had to ask questions that a seasoned programmer would find easy, but when you’re learning a new language, you start from the ground up. It’s humbling.

Code Fellows was great for that. And I really liked the visual aspect of the classes, and that it was hands-on. Everyone had their laptops, and it was different than an online course in how it was structured for feedback and support.

What were the biggest feelings associated with the beginning of your coding journey?

Uncertainty and excitement; jumping into something entirely new. And I was nervous, questioning: am I going to enjoy this? Am I going to be able to grasp all the aspects of coding?

When I arrived, it was a relaxed, hands-on environment with lots of feedback. There were teacher’s assistants in the class, which was cool. They had been in other Code Fellows classes before and had professional jobs in the industry and they were able to give feedback.

What was the most enjoyable part of learning code?

Learning and building something new, while being wowed by the capabilities of code. It’s amazing to create something powerful on our own personal computer.

DealTapp gives business owners control over flash ads, and allows them to set up their own budget for offering deals responsively. And we support them in their experimentation, rather than pressure them. For users, it’s a dynamic and localized way to discover businesses in new neighborhoods or right in their own backyard. We are exclusively in Seattle for the time being.

We’re focused on restaurants, and facilitating easier, more responsive deals for business owners. We don’t want to be involved—we let them post whatever they want, whenever they want, and we don’t have any say. Our competitors add pressure and lag for businesses, and we’ve improved the process. We’d like to make posting a deal as simple as going to Facebook and updating your status.

We want to make it as localized as possible, so people can see deals in their immediate proximity, and redeem the offers that day. But we are not at that level yet.

What are some of the companies that have used DealTapp so far? 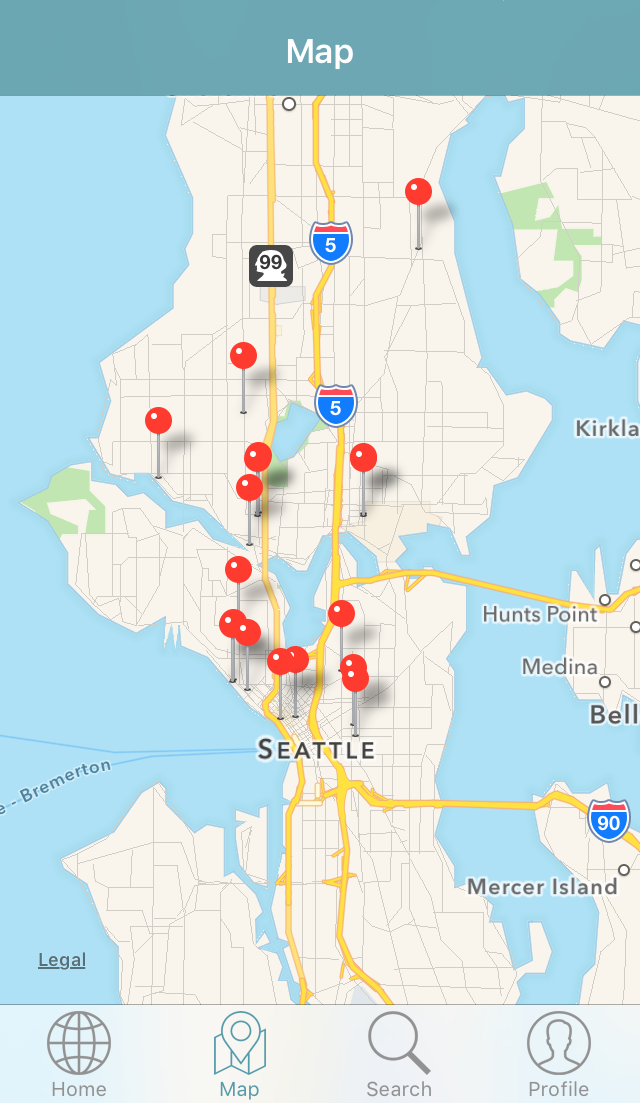 Did you have this idea before attending Code Fellows?

Yes! That’s another reason I wanted to go to in the first place. I needed help making this idea I had come to life. Even if you’re not going to be doing all the development, you still need a fundamental understanding of the language.

How long has the app been available?

It took 3-4 months after Code Fellows to make the app available to iOS and Android users. We started by partnering with businesses and built a solid foundation of deals, but only recently have we started marketing towards the “deal-getters.”

Has your startup had a near death experience along the way? 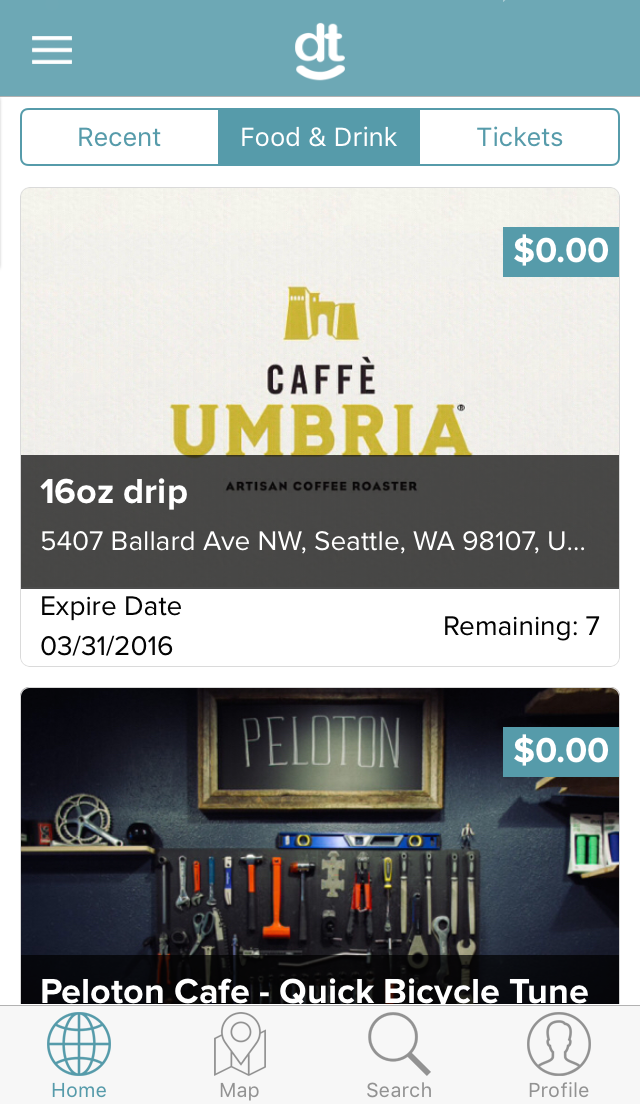 Before we even had the app or anything, in the early phase we were DealTap, with one P. We had the Facebook name to match—we didn’t have anything else built yet. The next day a Canadian company emailed us saying that they had the right to that name. They sent Facebook a letter and our name was seized. We laughed it off. Essentially, we hadn’t started yet, and we were already getting threats from mysterious foreign companies.

So, we added a second P. And now there’s a little pun in there, I guess… A hidden ‘app.’

What has the reception been so far from users and businesses that have used DealTapp? 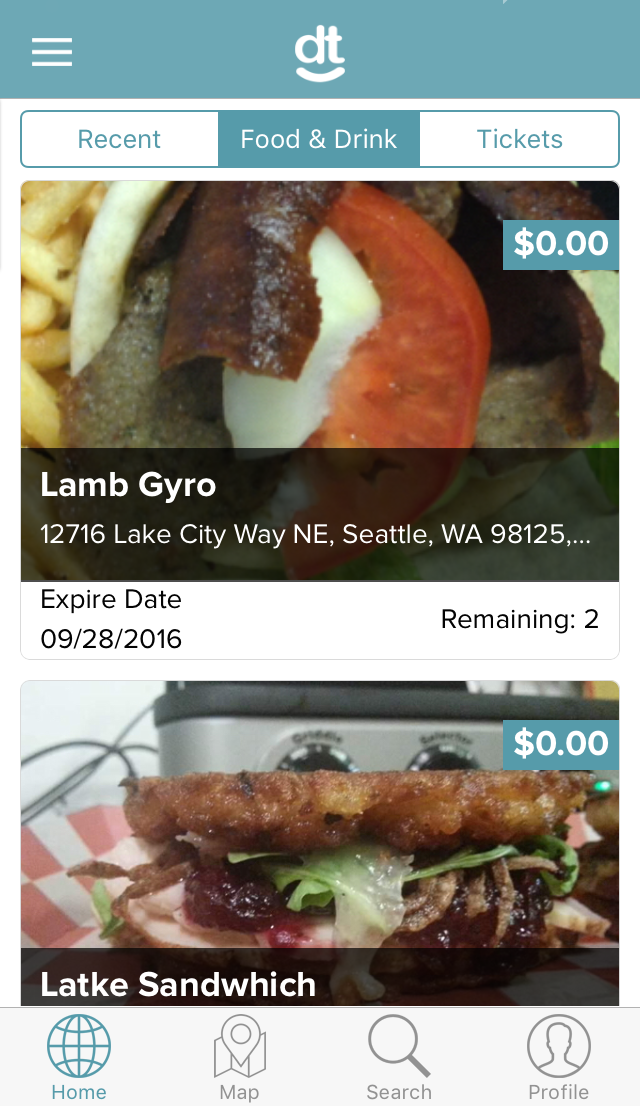 The feedback we’re getting from users is surprising. Many of the deals seem too good to be true, and when the process is simple and works well, users get excited! Businesses are liking the ease of posting and are returning to post more. That being said, we are also getting constructive feedback from both businesses and users on how to improve our process. We take feedback very seriously and are working every day to create a better product.

Perfecting our business model and coming up with strategy that can be replicated in cities across the US. Right now, we’re focused on being the best deal app in Seattle, the city we grew up in.

What advice do you have for others who are learning to code?

Work hard, network with established coders and don’t get discouraged. Coding may come naturally to some, but if you’re not one of those people, stick with it! When you drastically improve, remember to leverage your other ‘natural’ skills and you’ll have a huge advantage in whatever you decide to pursue. Hard work pays off and if you really want it, you can have it.

Learn more about DealTapp and download the app to start collecting or posting deals!