Instructor Spotlight: Sam Hamm and the Transition from Higher Education to Teaching at Code Fellows, Part 1

Sam Hamm, our Code 201 instructor in Seattle, shares his background in technology and why he made the switch from teaching music at a college to helping other up-and-coming developers dive into the tech industry. 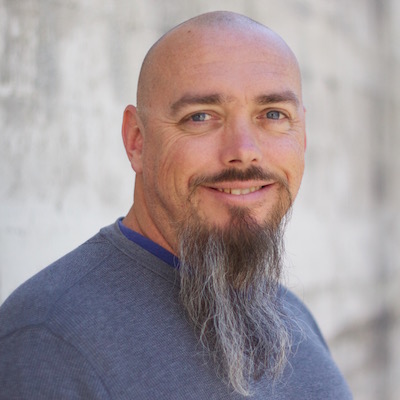 How did you first get started in programming?

Many, many moons ago, in the early ‘80s, I got a Commodore VIC-20 for Christmas. That was when I first started experiencing and working with coding, but I didn’t really stick with it. It was kind of easy to me. It was sort of like a video game that I beat really fast. I worked with it some and then after a few months I was like, “Okay, I’ve done this. This is interesting.” And that was as far as I went with it.

After that, when I started college, I was enrolled into a computer-based Honors Program that was basically built to train young coders. After one year of that, I decided to change my major from Engineering to Music. But then two years later, in Music, I started exploring computer music in 1989 and that’s where I really first did a lot of coding. So, that was my first real experience with coding.

What languages were you coding in?

It was a derivative of FORTRAN—a language called Music 4BF. You know, it’s funny. In those days, I was working very closely with people who were students of the founders of computer music. It’s actually really cool. The co-creator of Music 4BF, Hubert Howe, had been in a residency at the University of Alabama, which is where I was in school. My professors had worked with him and studied that language with him. And also, even some earlier computer music than that, from the Columbia-Princeton Studios in the early 1960s, one of my composition professors at Alabama was also a student of Milton Babbitt, so I had this really deep, rich computer music lineage. That’s where the computer music movement first started, pretty much.

And that’s what you were doing before you started at Code Fellows?

I finished my Bachelor’s in Music Composition in 1991 and my Masters in Music Composition in 1995, in which I did more computer music. I wrote in a language called Csound and I also worked in a programming environment called Max. Later, when Max added in a signal processing component in the late ‘90s, I was involved with testing that. That was also the same time I first learned web development.

When I did my PhD in Music Composition, I also did a minor in Electrical Engineering. My doctoral dissertation was on the intersection of music and technology. So, technology and computer music was always a big part of what I was doing with my studies as a musician.

I got a professor job at a little college in Montana that had essentially zero technology budget. We had computers that were like 10 years old and no budget to buy new ones when I started there. All of the sudden, technology went away for me. I was out in the Wild West teaching music with chalkboards and books and paper. I had no outlet or resources for all of the technology knowledge I had accumulated all the way through grad school. Nobody around me was particularly interested in it, and it’s hard to travel to conferences and stuff from central Montana, so that part of my whole existence just went away. I stayed in that job for eight years; I was ready for a change and decided to move on.

And that’s when you found out about Code Fellows?

My wife and I decided to move to Seattle. I really didn’t have any idea what I was going to do. I had been studying music for more than 20 years. I’ve been deep in technology for 20 years but my skills were almost a decade old. My technology chops had atrophied in my time in Montana. I wasn’t current enough to be able to insert into the marketplace as a viable technologist at all here.

It was natural to think that I would move into the tech industry in some way but I had to update my skills first. That was essential.

A friend of a friend—a recruiter at Amazon—and I had a phone conversation. He said, “You know, there are two things if you really want to start working on getting current that I recommend you do. Number one, start reading Geekwire every day. Find out what’s going on. Get a feel for the pulse of the industry and what people are doing and how people interact.” The other thing he said was, “I’ve heard good things about a school called Code Fellows and you should check out what they’re doing. I’ve hired some people from there and I’ve met people from there.” He said, “By everything I’ve seen, it’s a great organization.” So that’s what got me looking at the Code Fellows. And then I took the Bootcamp in August 2014 to essentially rebuild my skills in technology.

And then you went on to the JavaScript track?

Right, I went on to the Foundations II: JavaScript and then onto the Full-Stack JavaScript Development Accelerator. I finished that in March 2015.

And now you’ve come back to teach for us.

And now I’m back to teaching, right. Teaching has always been something I’ve loved tremendously. The opportunity to come back to it was too good to pass up because I can still be involved with technology, still be current, still learn new things, still be immersed in the community, but I’m helping other people find their way into it. And it’s just so rewarding to help people through that moment of, “This looks great, I’d love to do this. I have no idea how to get started in it.” Helping them make their way into the tech industry is very rewarding.

Coming from an instructing position before and then seeing the bootcamp model, what are some of the things you really like about teaching this way versus how you were teaching before?

I think the thing that I enjoy about this is how rapidly everything changes in tech. The education model at Code Fellows is also highly adaptive. By using the stacked learning model of loading students up with knowledge and then helping them put it all together—it’s almost like you drown them and you dry them off and you drown them and you dry them off. As you go through that process, there’s more dialogue. There’s more engagement. That’s fantastic because that’s something that has gone away from the financially-messy higher education model. You have larger class sizes in higher ed now. So you have more speaking from the podium and less engagement with students because it’s hard to do with that many students, whereas in this type of learning, there’s more direct engagement.

There’s more conversation. That’s awesome. You work on a one-to-one level. It’s about people. That’s the thing. It’s how you meet this person. Engage with this person. Listen to this person. Help this person. Guide this person to where they want to go. That’s fun to me. That’s the best part—being in an educational structure that builds in this interactive behavior because it’s not part of a lot of contemporary education these days.

Read Part 2, where Sam shares what he loves about the Seattle tech scene, his decades-old connection with another Code Fellows instructor, and what Code 201 students should know as they launch into a new industry.