Meet Ada Lovelace (and Other Women Who Shaped Technology)

Without women, technology would be nowhere near where it is today, but that’s a narrative that many people don’t yet know. Today, we’re introducing (or reintroducing) you to some of tech’s finest female trailblazers so we can all celebrate the women who pioneered the industry—and paved the way for generations to come.

At Code Fellows, we believe coding is for everyone. On a daily basis, we see stereotypes broken down—and people who don’t feel like they have the skills, education, or ability to code do just that. Women are still underepresented in tech, and the ones who are can deal with imposter syndrome and microaggressions based off their gender. That’s why we wanted to take the time to write this blog and highlight just some of the many women who shaped coding and technology.

“We need more women in tech” is a household phrase among many in the technology industry (and a phrase spoken every day on the Code Fellows campus). And while today women are a minority in technology circles, it wasn’t always like this. In the early days of programming, women were just as present as men were—sometimes more so—and helped create and shape computer programming as we know it today. But much of this history has been either downplayed or forgotten. This is unfortunate for so many reasons, but especially because people often need to see individuals who look like them doing something before they believe they can do it themselves.

In their detailed article “The Secret History of Women in Coding,” The New York Times Magazine reported: “In the United States, by 1960, according to government statistics, more than one in four programmers were women. At M.I.T.’s Lincoln Labs in the 1960s, […] most of those the government categorized as ‘career programmers’ were female. It wasn’t high-status work—yet.”

As the status of coding increased, men began to respect programming more and stopped considering it secretarial work; women were pushed out of the industry and have yet to regain the foothold they held in the 1960s through the 1990s. Hopefully, this will continue to change in the years to come, and hopefully meeting or refamiliarizing yourself with these female tech trailblazers can help women see themselves in the industry and remind all of us to appreciate the many women who’ve paved the way for generations to come. 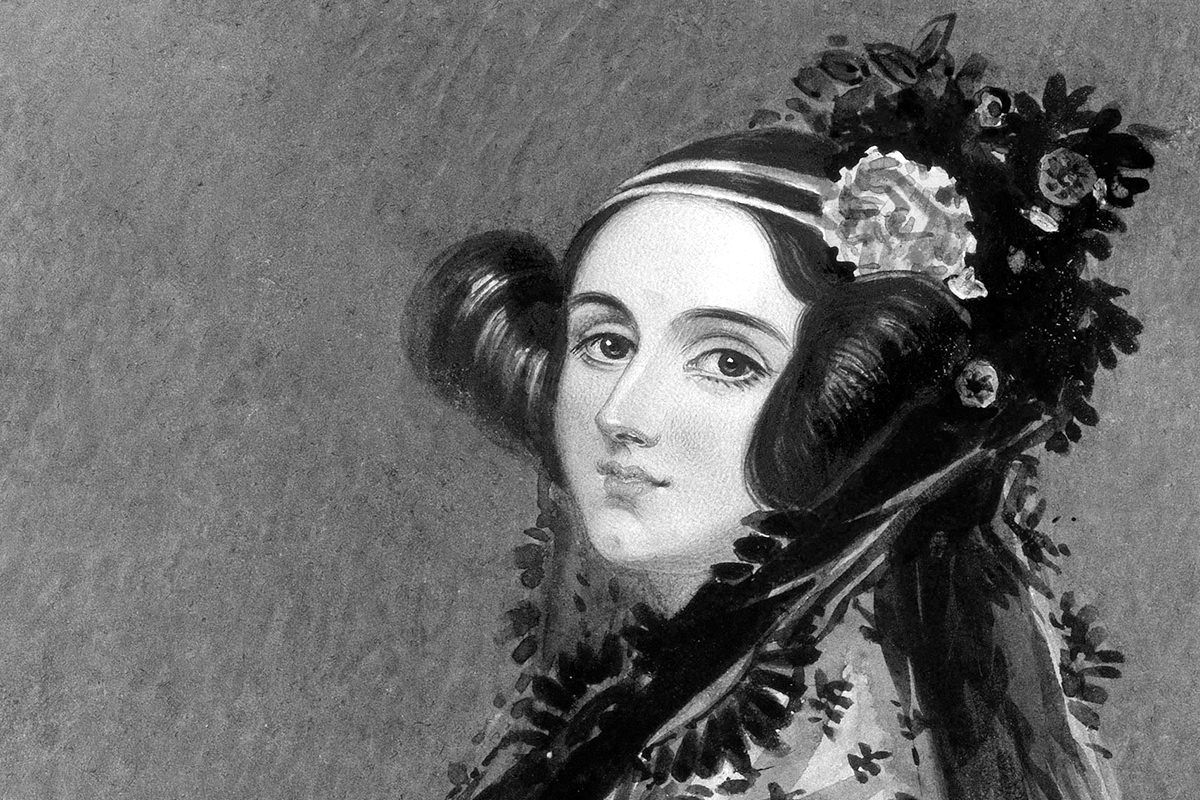 Often considered the “mother” of coding, Ada Lovelace is credited as the first computer programmer—all the way back in the mid-1800s. Ada was a mathematician who worked closely with Charles Babbage (the “father” of computers) on his inventions, specifically the analytical engine. She wrote instructions for the machine, which became the first computer program, and she discovered that code could be formed and repeated, a concept known today as looping. (Her photo can be found on the wall outside of the Ada Lovelace room on campus.) 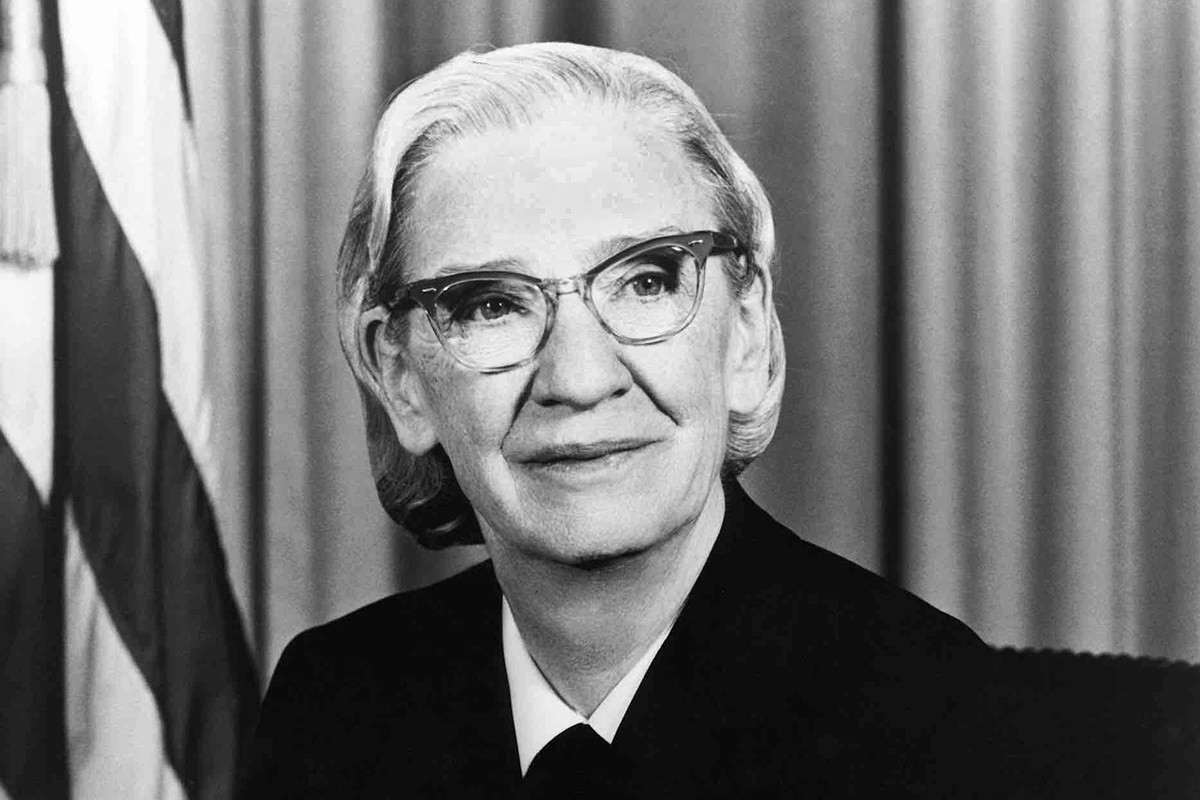 Grace Hopper was a computer programmer and rear admiral in the U.S. Navy during World War II. Grace was a pioneer in programming after creating the first “compiler,” which allowed programming languages to more closely resemble written words. Grace also helped develop the “Flowmatic” language, as well as served as the advisor for the team that created the Common Business Oriented Language (COBOL). Among all of her accomplishments, Grace was one to constantly challenge the way things were done, as she has famously been quoted: “The only phrase I’ve ever disliked is, ‘Why, we’ve always done it that way.’ I always tell young people, ‘Go ahead and do it. You can always apologize later.’” 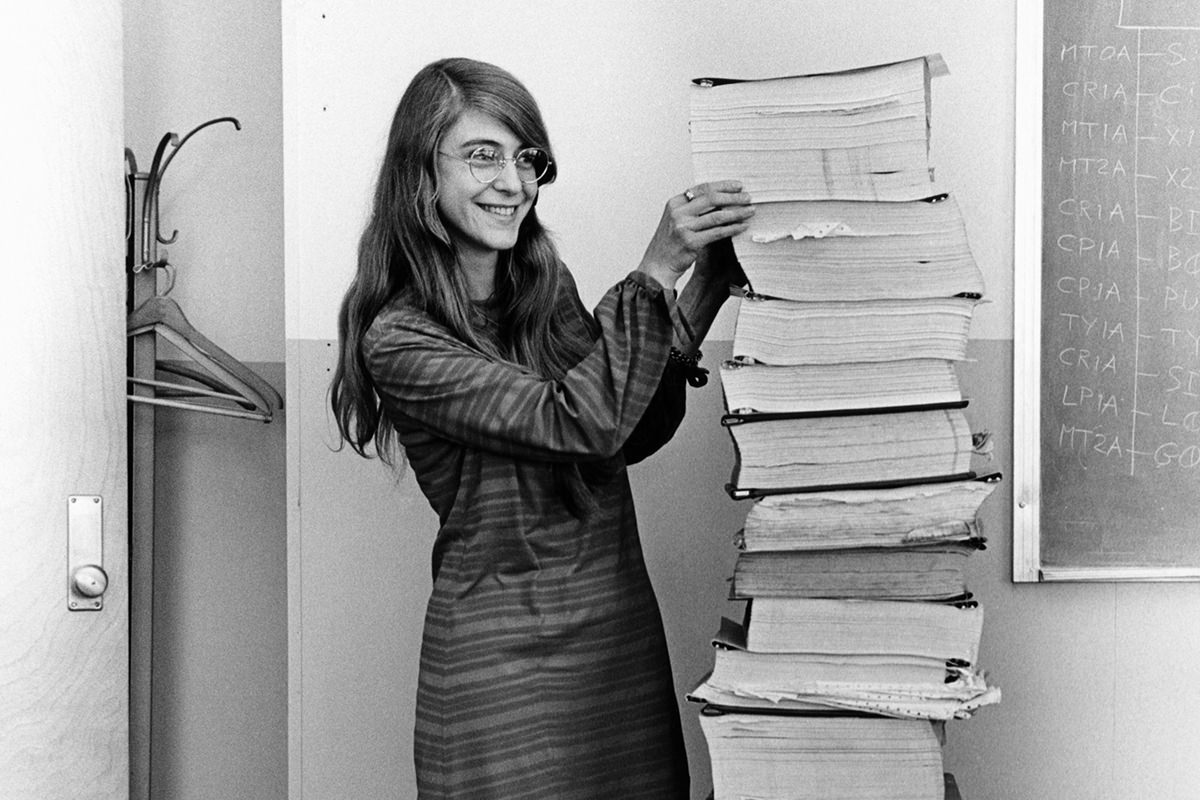 Margaret Heafield Hamilton is an American computer scientist, systems engineer, and business owner. In 1969, Margaret developed the software that put Neil Armstrong and Buzz Aldrin on the moon. Through her work with NASA and Apollo 11, Margaret popularized the term “software engineering” and wrote code for many Apollo missions. The Apollo Flight Computer Software Collection that Margaret created is kept at the Smithsonian National Air and Space Museum—and in 2016, Margaret received the Medal of Freedom from former President Barack Obama (as well as a Lego figure of herself from the Women of NASA collection). Margaret was a pioneer and business woman who broke down barriers and stereotypes by doing. Margaret once said, “Computer science and software engineering were not yet courses to be taught (or disciplines to be named). These were pioneering times. Learning was by ‘being’ and ‘doing’ on the job; as more people came on board, the more I became an ‘expert’ and rose up through the ranks.” 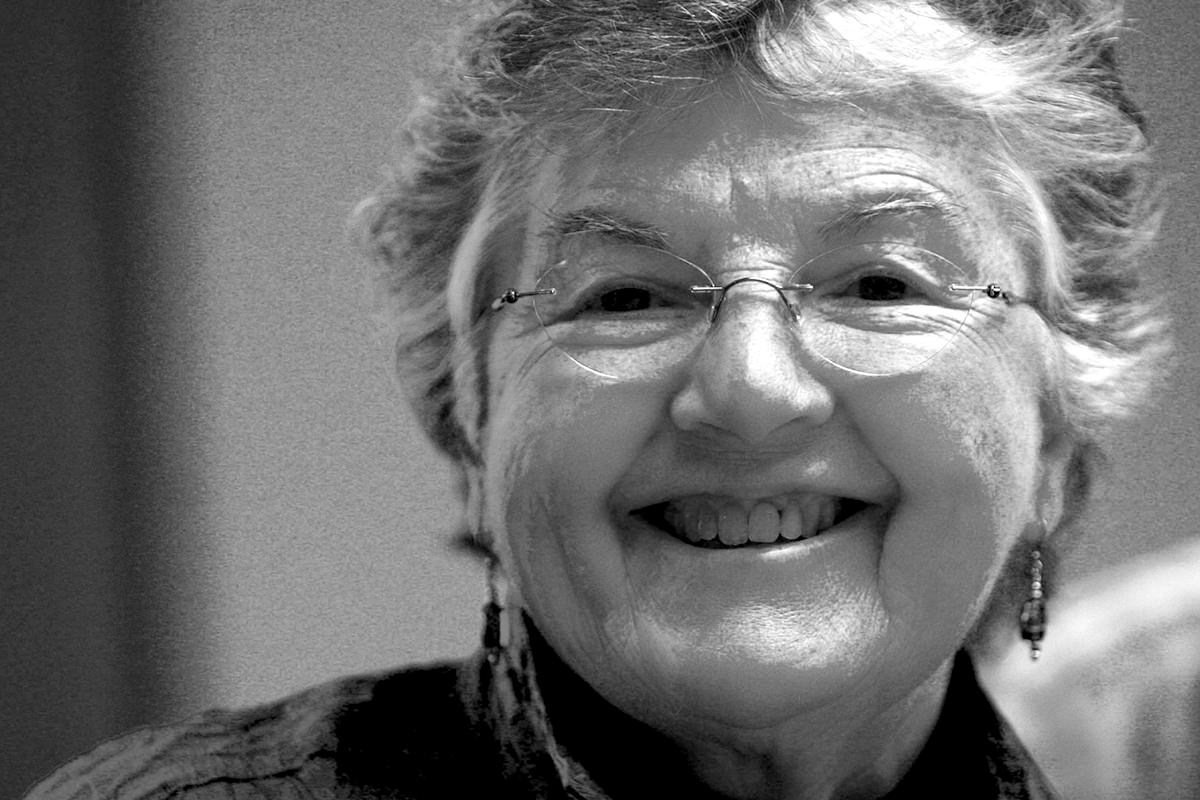 Computer scientist Frances Allen was an expert and pioneer in optimizing the popular programming language Fortran, which is used for performing scientific calculations. During the Cold War, Frances worked on code-breaking with the National Security Agency. In 1989, she became the first female IBM fellow and served as the president of the IBM Academy of Technology in 1995. As a result of her work, in 2006 Frances became the first woman to ever win the A.M. Turing Award—the highest honor in computer science; and in 2002, she received the Augusta Ada Lovelace Award from the Association of Women in Computing in 2002. Frances has devoted herself to making space for other women in tech, acting as both a teacher and mentor to many. 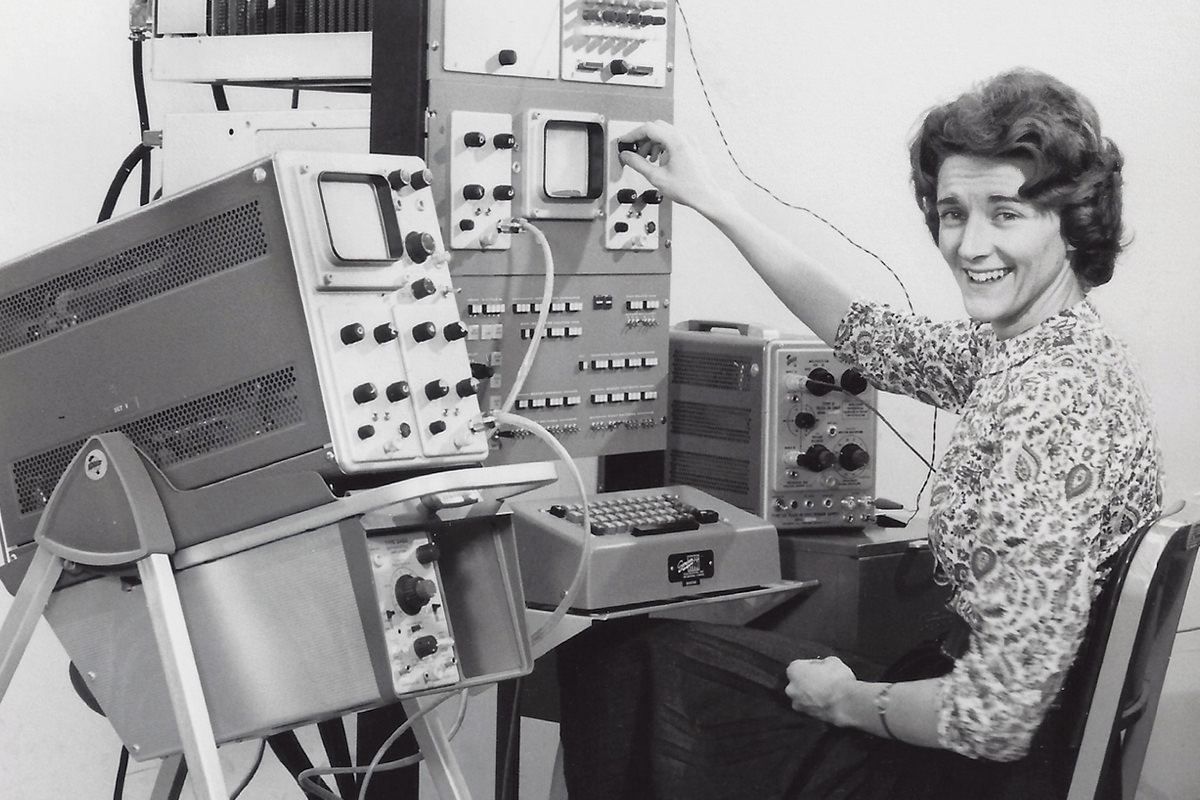 Mary Allen Wilkes was a software pioneer in the 1960s who helped write software for one of the world’s first interactive personal computers (the LINC), which could fit into a single lab or office. Mary’s software allowed users to control the computer in real time, and when she declined to move when the project relocated to another state, she was shipped a LINC to her front door—making her one of the first people in the world to have a personal computer in her home. Her road to programming was one she made for herself; the day she graduated college, she knew she wanted to work as a computer programmer (an entirely new industry at the time), so she walked into M.I.T.’s employment office and confidently asked for a job—which they gave to her. 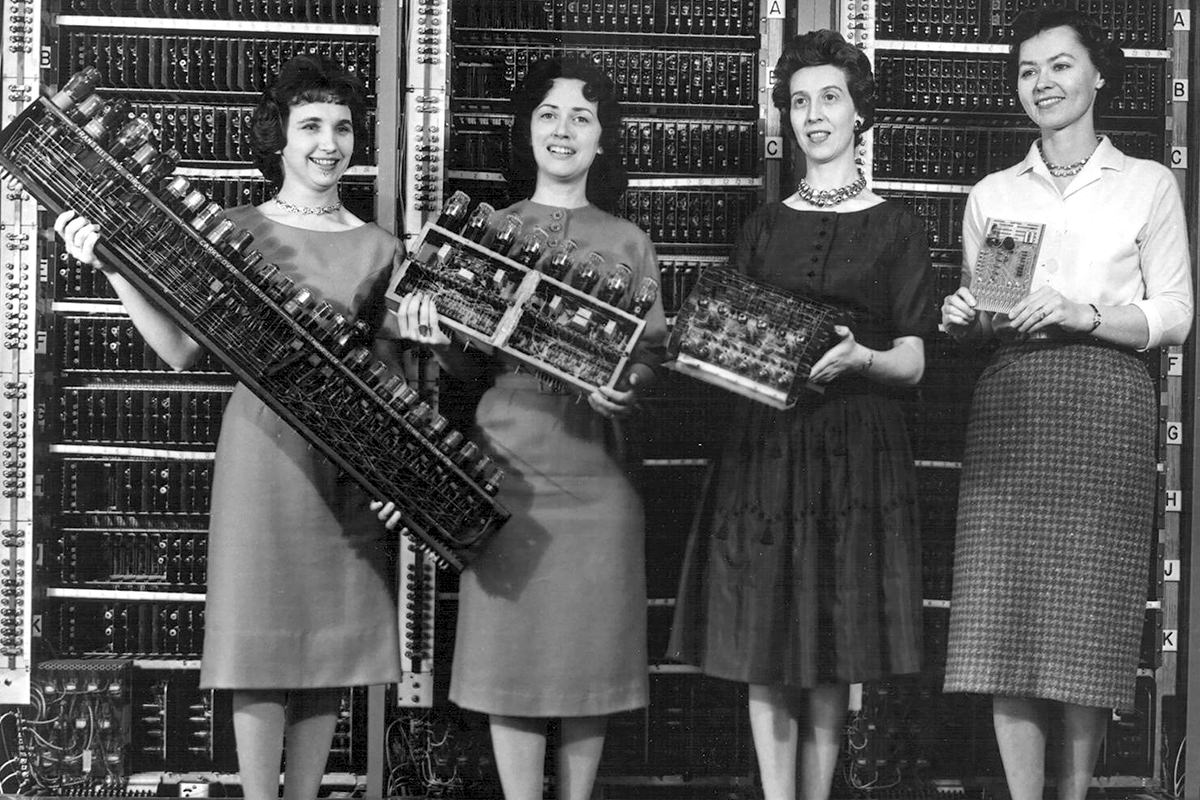 In the 1940s, the United States military funded the development of the Electronic Numerical Integrator and Computer (ENIAC), the first programmable digital computer in the U.S. The team of programmers chosen to work on it became the first coders to discover that a programmer’s main task is to locate and fix bugs—and they were all women. Frances Bilas, Jean Jennings, Ruth Lichterman, Kathleen McNulty, Betty Snyder, and Marlyn Wescoff were the team assigned to program this first all-electronic digital computer, which was designed to calculate the firing trajectories of artillery shells. The ENIAC was completed in 1946 and became a milestone in the evolution of modern computing. One of the women was quoted as saying her teammate could “…do more logical reasoning in her sleep than most people can do awake.”

Feel inspired by these women and their contributions to coding? Interested in learning to code yourself? Whether you’re already experienced in tech or you’re looking to shift your career (or life) path, we believe in you—and we offer a diversity scholarship for women, people of color, and all marginalized groups. Check out our coding course map to see how you can take that first step.