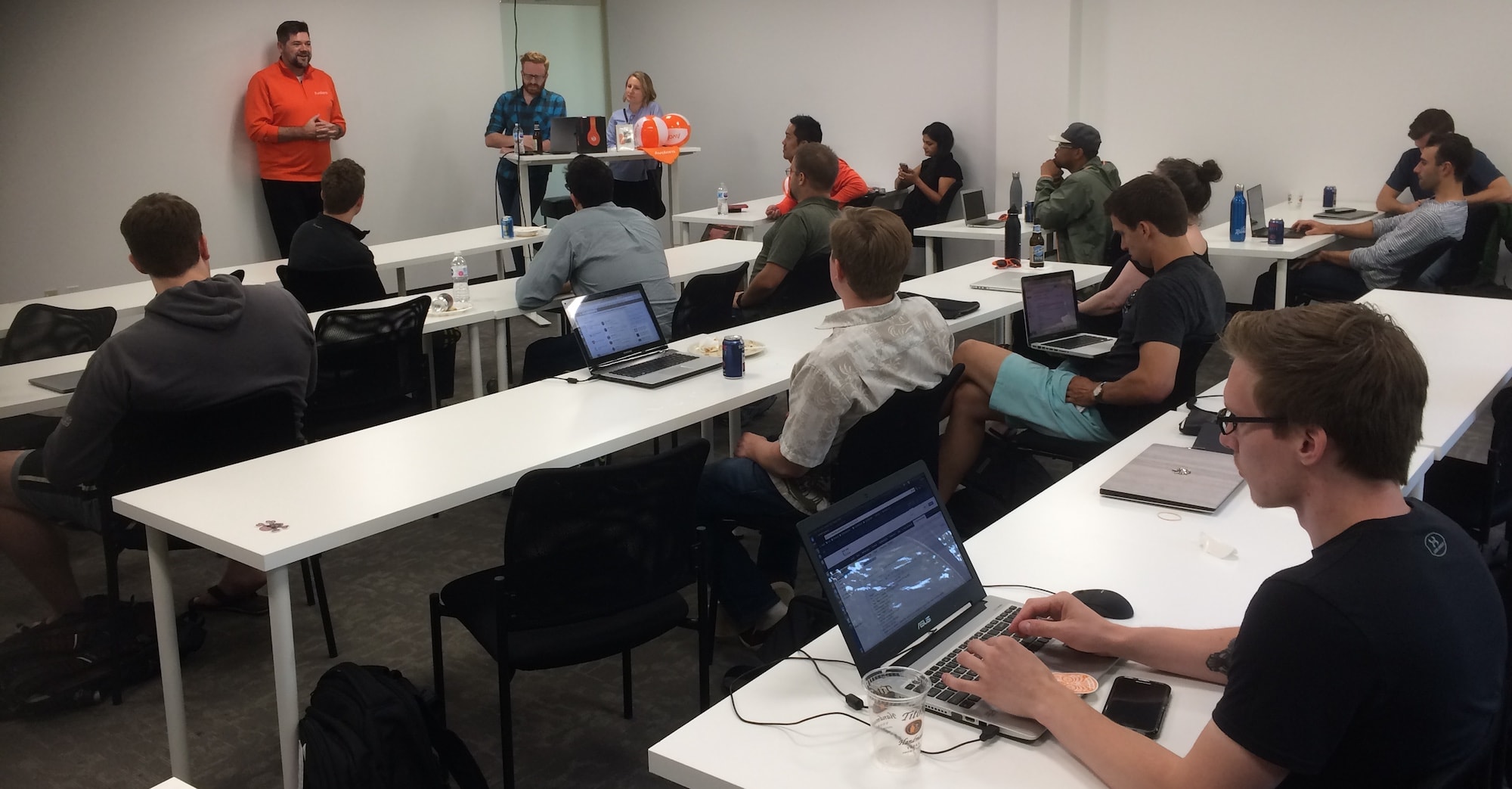 Code Fellows hosted its first ever Bug Bash in partnership with Avalara, a Seattle-based company that automates sales tax calculations for businesses.

This event was an opportunity for Code Fellows students and graduates to learn about user testing and documenting bugs, and meet with software developers to learn more about working at Avalara.

The event kicked off with developers from Avalara briefing the Bug Bash participants—around 20 in all—on best practices for finding and documenting bugs. Everyone then set off to find any issues in Avalara’s new user-facing Avatax Update software. The participants served as a fresh set of eyes and ended up exceeding Avalara’s expectations, filing a total of 51 issues, including a bug that was also present in their current user-facing software and went unnoticed.

The Bug Bash was a great opportunity to connect Code Fellows students and graduates with a potential employer in Seattle. Avalara has experience hiring Code Fellows graduates, including Lee Broxson, who graduated in November 2016 and began working as a software engineer at Avalara in February 2017.

When asked about the Bug Bash, Lee said,

“When we originally set up the bug bash with Code Fellows for our company’s flagship software product, we had no idea just how successful the event would be. Not only did we get more than 50 fantastically well-written and insightful bugs from the Code Fellows students in attendance, we met some very promising candidates for future Avalarians.”

He continued, “We’re very close to delivery of this product, and the bugs reported by the Code Fellows students will be invaluable in delivering a product that our customers are going to love. We look extremely forward to hosting similar events with Code Fellows soon!"

Kyle Winckler, a recent Code Fellows graduate, said, “It was a great opportunity to learn more about quality assurance testing and it was fun to test for bugs on a real product!” Everyone from Avalara was helpful and available to answer any questions. All participants enjoyed the opportunity to look at production code and actively look for potential issues in the new software before it became publicly available.

Of course, what is an event like this without a little friendly competition? During the Bug Bash, there were two prizes up for grabs. The second place prize went to Spencer Gietzen for the best-documented bug, determined by how detailed his documentation was, and that he had included detailed steps to help Avalara’s developers replicate the issue, a crucial aspect of finding and fixing any bug. When asked about the event, he said, “I thought it was really fun. Originally I didn’t know exactly what to expect as I had never heard of a bug bash before … It was nice learning the formal process of reviewing something like that in a staging environment and it’s exciting to know it will be released soon with fixes for the bugs we submitted.”

The first place prize went to Gavin Thomas for finding the best bug. Gavin was the first participant to identify the bug that had been in the current version of Avalara’s software for approximately a decade. Gavin shared, “The Avalara Bug Bash was awesome. It provided me with an opportunity to play around with a production-level site, and actually try to break it. By doing this I was able to see the small points in code that would equate to big problems for a user on the front-facing site. Not only was the Bug Bash a great way to improve my personal coding skills—I was able to see an industry standard, front-facing app from Avalara.”

Gavin also commented on the connections he made with Avalara as a potential employer. “The Bug Bash also provided us with a chance to network with the employees of Avalara. We were able to see debugging from the real devs as they were receiving open bugs.”

Well done to the members of our community who participated in the Bug Bash! Want to get involved? Check out other events coming up at Code Fellows!

If you’d like your company to get involved with the Code Fellows community and help developers hone their ability, get in touch.