"Take the leap!" Ruby on Rails graduate reflects on his year after graduation

Bill Richards, software developer at F2M2, shared about his experience at Code Fellows, the exciting projects that he’s working on, and advice for students who want to learn to code. 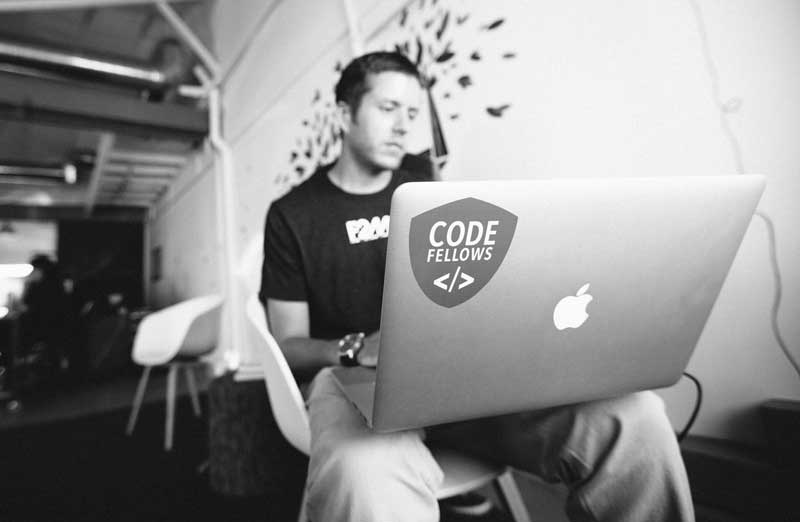 What brought you to Code Fellows?

I was looking for a new adventure. Living in Florida, there wasn’t much tech-related stuff going on. I learned how to code on my own and was looking for a more structured environment to learn. Code Fellows looked like a great option.

What course did you take?

I was part of the first class, which was Ruby on Rails. Even though I was already a programmer, I had no knowledge of Ruby prior to coming to Code Fellows.

What were you doing before the development accelerator?

I had my own startup company for six years called MixPod. It started as a side project between me and a friend. At the time it was built, sites such Vevo, Spotify, and Rdio were not around yet. My friend and I wanted to build a music-focused social network. We had some amazing growth over the years, 23+ million members. Unfortunately, we were so popular that the record labels blocked us from using the YouTube API. It was a wild ride. Code Fellows was a great next step; it allowed me expand my skill sets and make new friends along the way.

Why did you decide to study Ruby on Rails?

As an iOS developer, I was familiar with the MVC design pattern. Ruby on Rails sounded interesting and I wanted to learn something completely new.

What are you doing now?

After class in Seattle, I moved from Florida to California and ended up taking on a role of lead developer at F2M2. We’ve made some really cool stuff in the past year. One of the more recent apps I helped build is called Jogg, and it even made it into the TechStars / Disney Accelerator. I’ve been really focused on iOS and API development. I’m currently making the transition back into the startup world with the launch of Event Homes. I would also like to give a shout out to my fellow classmate Michael Armfield for helping with the design. I’m even more excited that we’ve partnered with Hands.org to donate 15% of our income to help with disaster relief around the world. We’ll be hiring our first employee soon—exciting times ahead!

What is your favorite part about being a software developer?

The challenge. I love figuring out how things work. As a developer, you get to bring ideas to life. That’s my favorite part. 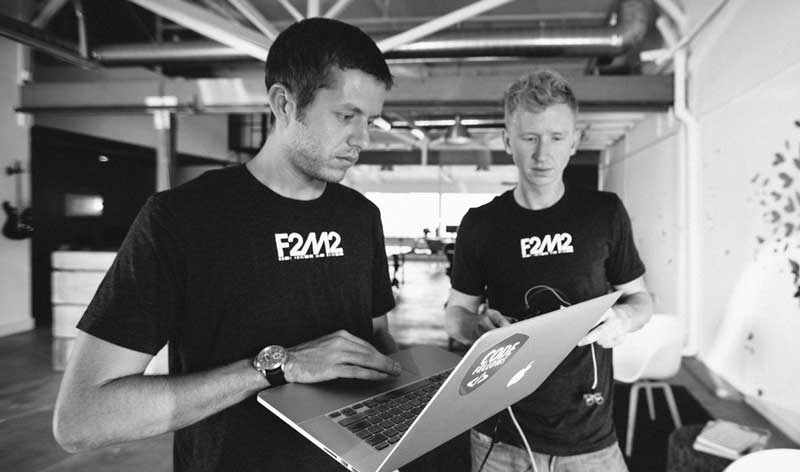 What was the hardest part about making the switch in careers, and how did Code Fellows help with the transition?

I’ve always been a developer and I always will be. Code Fellows solidified that. I also have an amazing network of friends and mentors. I know I could reach out to any one of them for help and I would do the same for them. You’re getting so much more than just a bootcamp with Code Fellows.

Which part of your experience with Code Fellows helped the most in your current role?

I would say that the collaboration aspect helped the most. One of the first tasks in class was to pair up with teammates to build a group project. I was fortunate enough to have a great partner, Mike Strand. Everyone in the class was genuinely passionate about learning. You will also get a great primer for a real work environment, problem solving, merge conflicts, etc.

Any advice for prospective students who are considering applying to a development accelerator or trying to decide which stack to learn?

Stay curious and always be open to learning something new. I don’t think it matters a whole lot which stack you choose, as long as you understand the fundamentals. My current favorite is iOS (Swift + Objective-C). Once you get the concepts, it’s easy to pick up another. There are plenty of online tutorials where you can test them out. Code Fellows also offers workshops to get your feet wet.

What tips do you have for current and future students as they learn Ruby on Rails and apply for jobs?

Side projects! I can’t stress that enough. Especially if you don’t have experience. As a lead developer, I’ve had to hire other developers and I always go for the person who will talk my ear off about some cool side project. It shows your passion. You should also be prepared to fail. You’re not going to nail every interview and that’s okay. Before coming to Code Fellows, I made it all the way to an onsite interview with Facebook. I didn’t get the job but it was a great learning experience. Soak up everything you can with each interview and always ask for feedback. A great way to test the waters with a prospective employer is to start with contract work. You get the chance to check out the culture and if you do a great job, you have the upper hand when it comes to negotiating a salary.

Final words for anyone considering taking a Code Fellows course?

Yes, take the leap! The teachers at Code Fellows are amazing. I was fortunate enough to have Brook and Ivan as my instructors, who really know their stuff. You also have access to an amazing network of people, so make the most of it.