Rapid Growth Visualized: The History of Node.js via Git Commits

Node.js usage has been expanding rapidly. I took a look at the growth of the Node.js project through the lens of a few Git Visualization tools.

It shows the history of the Node project as an animated tree.

Directories appear as branches with files as leaves. Developers can be seen working on the tree at the times they contributed to the project. It’s a fun, whiz-bang, way to see the explosive growth of the project since 2009.

Honestly, I usually don’t have the patience to sit through videos when I’m at work, and after trying gource, I wondered if there were any more useful tools for sifting through the data of the git commit logs. Enter GitStats. GitStats is what I was looking for, a multi-tabbed view of the data including average commits per day, age, activity by week, hour, day of week, month of week, top authors, file count and type, and tag statistics. Check out this graph of commits by month:

The above graph shows that historically, there have been the most commits in August, and then March. Are people working on Node on their summer vacation and spring break? What is up with April and May?

Above is the trend of the number of lines of code in the project. Ideally, you’d like to see not linear growth forever, but an asymptotic slow down, trending towards a stable code base. It looks like Node could be heading that way, just in the last six months.

If you’re on a mac, and use homebrew , you can install GitStats by typing: brew install gitstats from the command line 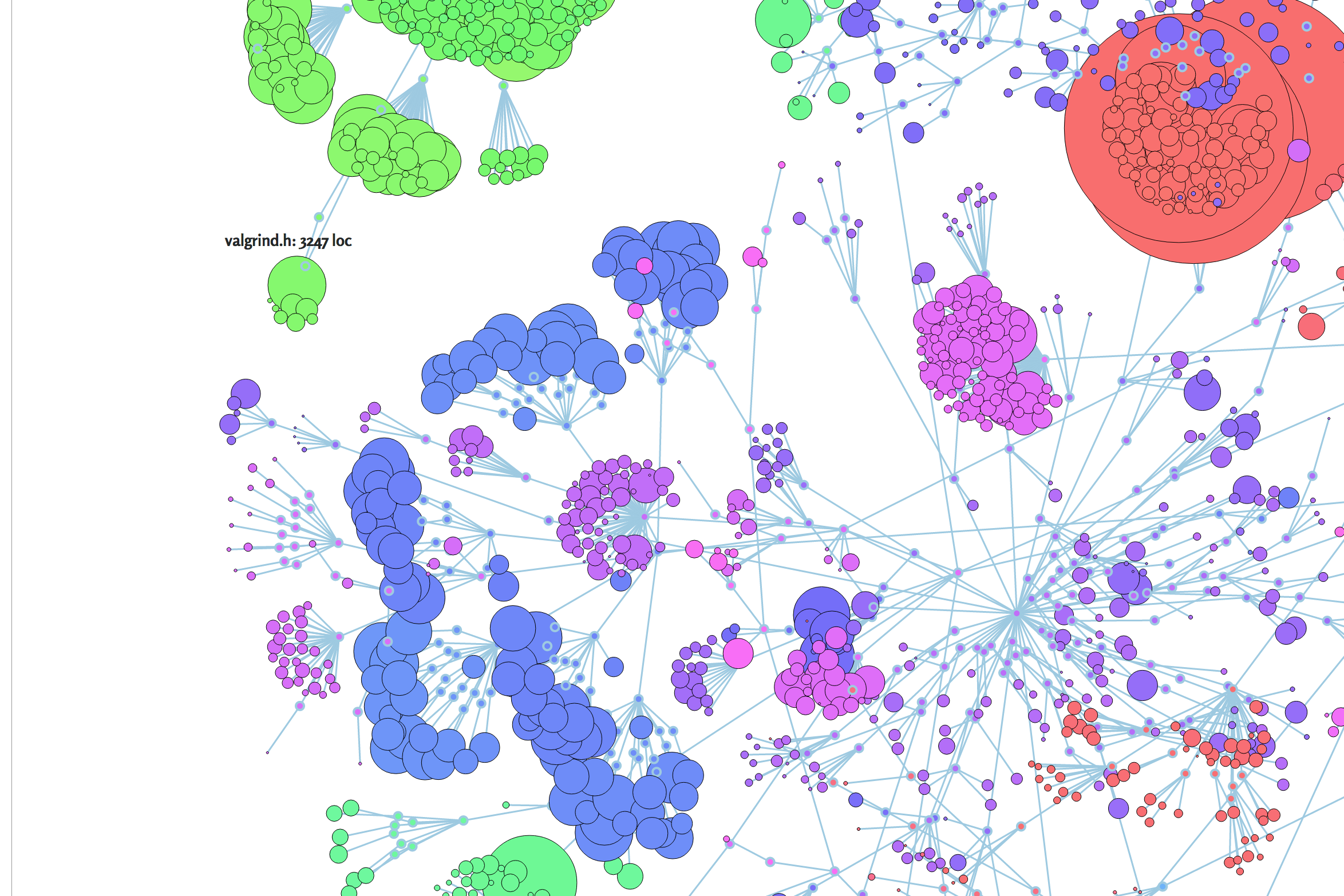 Of course, GitStats is useful, but not super-pretty. Kinda looks like a web page from 1999 actually. So this led me to look for a modern JavaScript solution, and I found CodeFlower.

This style of visualization for Node.js with D3.js is amazing. See the high-res version of the graphic above on this [GitHub page here].(http://codefellows.github.io/CodeFlower)

CodeFlower needs lines of code metrics to draw its charts. You’ll need an additional tool called cloc which can be installed via homebrew: brew install cloc.

There are additional resources for examining and visualizing git commit history.

Check out Github’s graphs of the Node repo that are available on the project repository page.

Diving into D3.js is just one activity in our upcoming JavaScript Bootcamp. If you want to dive deeper into JavaScript, check out the bootcamp.

Ivan has taught professionally since 1998 and helped clients with Web Development since 2001. Focusing on Front-end JavaScript, ReactJS, and NodeJS, he's been involved in several startups in Boulder, San Francisco and Seattle. He is a Code Fellows co-founder and currently works at [Aerobatic](https://www.aerobatic.com).