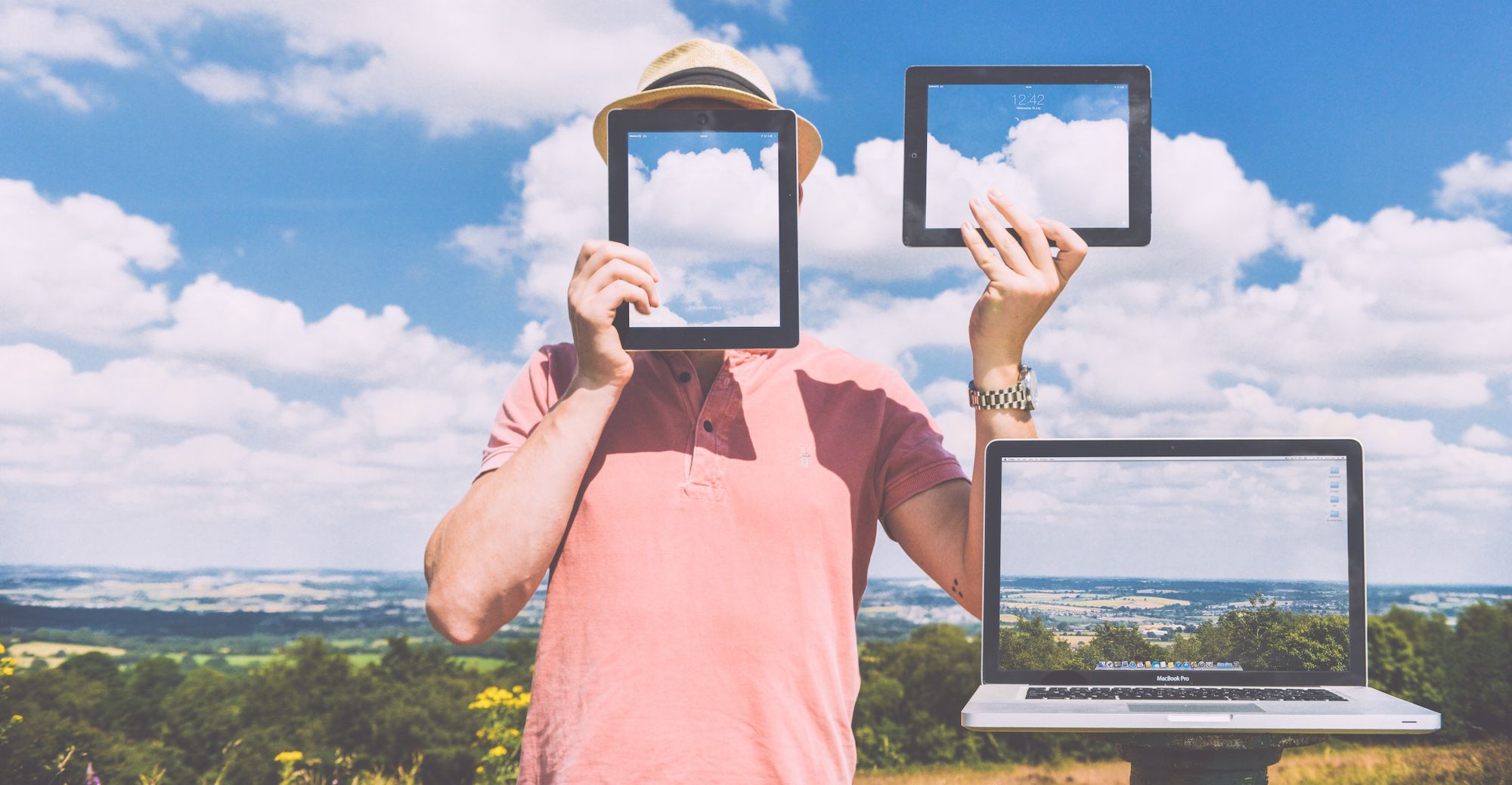 What is the Cloud?

It’s not magic that allows your smart phone to summon Snapchat’s responsive contortionism at a moment’s notice: it’s the vast network of computer servers located in branded warehouses around the planet that your device is fundamentally connected to. It’s the Cloud.

The analogy of “The Cloud” was first used in the mid-1990s by engineers at Compaq, and then again in 2011 by Steve Jobs, to describe a future where centralized computing did a majority of the data processing for a broad network of devices.

“Keeping [all the different] devices in sync is driving us crazy,” Steve Jobs said in a 2011 keynote address. “So we’ve got a great solution for this problem. And we think this solution is our next big insight. . . Which is, we’re going to demote the PC and the Mac to just be a device. Just like an iPhone, an iPad or an iPod Touch. And we’re going to move the digital hub—the center of your digital life—into the Cloud.”

In this speech, Jobs observed the emergent relationship between consumers and their data—where personal devices correspond with remote, wirelessly-accessible servers that are owned and managed by a third party (such as Apple). And although consumers entrust these third parties with the storage of their most intimate data, their personal devices remain fast and conveniently mobile.

No one knows exactly how much memory exists across the Cloud at any given time, but research estimates that the network can host an exabyte of digital memory—the equivalent of approximately 4.2 million Macbook Pro hard drives, 180 billion high-resolution photos, or 336 billion three-minute MP3 songs.

That’s a lot of storage.

Individuals, startups, and corporations all pay for data storage, and the market for Cloud services has been predicted to grow to $191 billion by 2020. Google, Amazon, IBM, Microsoft, and others have made large investments in Cloud-based storage and service capabilities. For example, Microsoft invested $500 million to build their Chicago Data Center that houses 224,000 servers, with four 12,000-square-foot ‘pods’ of additional space to power a live suite of Cloud services. . . and many other facilities rival its size.

The Cloud provides software developers with access to powerful, remote storage without investing in (and maintaining) their own hardware, which can enable individuals and businesses to scale more easily as their products grow. Cloud users pay server maintenance fees, rather than paying to maintain local hardware with hired technicians.

Both JavaScript and Python are widely used to develop Cloud-based software: Python supports NASA, Reddit, and PBS in their usage of the Cloud; and JavaScript is used by Facebook, Twitter, and Quora. JavaScript is easy to edit and debug, and Python’s similarity to the English language lends to its user-friendliness.

“Developing applications in the Cloud is a little like visiting Canada from America,” David Jilk, creator of Standing Cloud, said in an interview. “Most everything is the same, but [as a coder] there are small differences that you notice and need to accommodate.”

To learn more about these differences, and how your existing skills and interests fit into the innovative watershed of Cloud computing, talk to a Code Fellows Admissions Advisor or sign up for our one-day coding crash course, Code 101: Intro to Software Development & Careers in Tech.