Can Code Fellows really replace a 4-year degree? Read the story of Kate, a Code Fellows graduate who dropped out of college, enrolled in Foundations I, and hasn’t looked back. 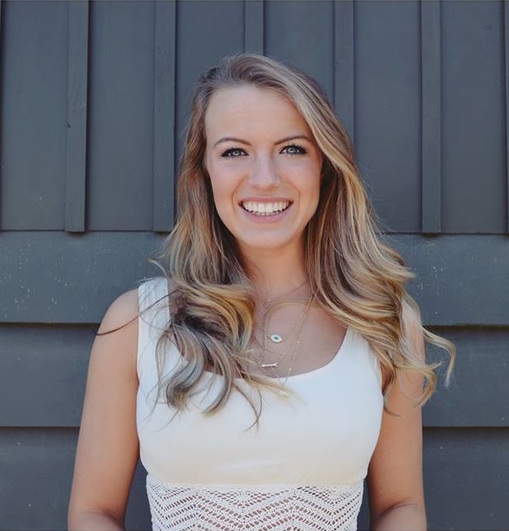 I had such high hopes for college. In high school, I wasn’t taught much. I wasn’t encouraged to push myself and my success wasn’t supported; I quickly found that college was the same. I had such a hunger for knowledge that it killed me to sit in classes where the professor could care less if they actually taught anything. It was a waste of time and money that I barely had.

Then one day I dropped my phone down a flight of concrete stairs. Shattered—kind of like my motivation at that point. Not wanting to pay for the ridiculous $800 “replacement” phone, I did exactly what my mother told me not to do and met a stranger on Craigslist who was selling an old phone.

I didn’t know it at the time, but that was the best decision I have ever made.

The “stranger” turned out to be Mark Michael, CEO and co-founder of DevHub, a small but fierce tech startup in the heart of Seattle.

I’d paid him for the phone and was just about to leave when he told me that his company always has interns over the summer, and said if I was interested I should email him my resume. I left with my new phone and didn’t think all that much about interning. It wasn’t until a couple of weeks later, that a light sort of hit me. Here I was, miserable at school and miserable at my job at the local bakery.

I sent my resume to DevHub, and they contacted me the following week to set up an interview. I went in knowing absolutely nothing, but I wasn’t nervous. I knew I had nothing to lose, and I wasn’t yet aware of all I had to gain. And I completely bombed the interview—I mean, I couldn’t even define what a browser is.

You could imagine my surprise when Mark called me the next week to offer me the internship. I took it, but I was confused as to why a company would want me to intern for them with zero experience. I made sure to reiterate that on my first day, and for the first time Mark told me, “I’ve got a feeling about you, Kate. You’re going to be a rockstar, I just know it.” He told me that almost every day in what was to became our typical chat sessions.

For the next couple of months, I went to school full time, continued to work at the bakery full time, and worked at DevHub. I didn’t have one day off in 217 days—but I loved it. HTML, CSS, and JavaScript became my best friends.

Over the course of six months, the family at DevHub also became my close friends. I was constantly surrounded by people who were rooting for my success in life and trying to help me achieve my dreams, from my coworkers who would take time to teach me the “best practices” of writing HTML to the CTO teaching me how to run Git on my computer.

Day 217 hit and I was exhausted. I was loving life, but it was wearing me out. I had known for a long time that I wasn’t getting any value out of college, and, with the support of my DevHub family, I dropped out. A couple of weeks later, Mark told me about this magical school called Code Fellows, where they actually want to teach you, and when you graduate, you’re guaranteed a job offer after successfully graduating, or your tuition is refunded in full.

This sounded crazy to me, but I was on a fast track of accepting all of life’s opportunities as they were presented to me; I enrolled in my first Code Fellows class the following month, and in no time had completed my first course. I immediately enrolled in their second Foundations class and, upon completion, was given the go-ahead by my instructor to enroll in a Code Fellows intensive Development Accelerator. With the support of DevHub, both mentally and financially, I applied for a spot in the course, and quit my job at the bakery.

Intensive barely describes the Development Accelerator. It was the fastest but longest, happiest but most frustrating, and easily the most challenging eight weeks. Along with the rest of my class, I was devoting at least 70 hours a week to lectures, projects, and homework. The most respectful thing about Code Fellows was the amount of dedication their professors put into seeing their students succeed. You could tell just from sitting in one class that they were ecstatic to be there, and couldn’t wait to talk about the topic of the day. Their enthusiasm was contagious.

Eight weeks passed and I was graduating not only as a web UX/UI professional, but as Code Fellows’ youngest graduate. Within a month and a half, I had three job offers lined up and ultimately took a Solution Engineering job.

I reflect a lot on the past about how I came to be where I am today, and am overwhelmed with gratitude for all of the people who took such a big chance on me. Mark and DevHub for essentially building me for the tech world and Code Fellows for their irreplaceable injection of knowledge. 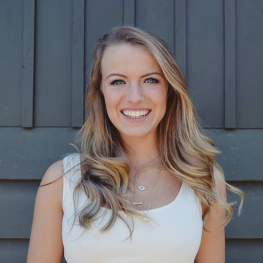 Kate Fleming is a Pacific Northwest native, born and raised in West Seattle. After graduating from high school, she soon discovered college was not for her and opted for a fast-paced approach into the tech world. She currently works as a solution engineer, and spends her free time hiking in the great outdoors.