We encourage students to attend networking events, sign up for workshops, and participate in Hackathons, especially after they’ve graduated.

Chris Claiborne, a web developer and graduate of our Ruby on Rails program, participated in Hack to End Homelessness, one of several community-centered Seattle hackathons. 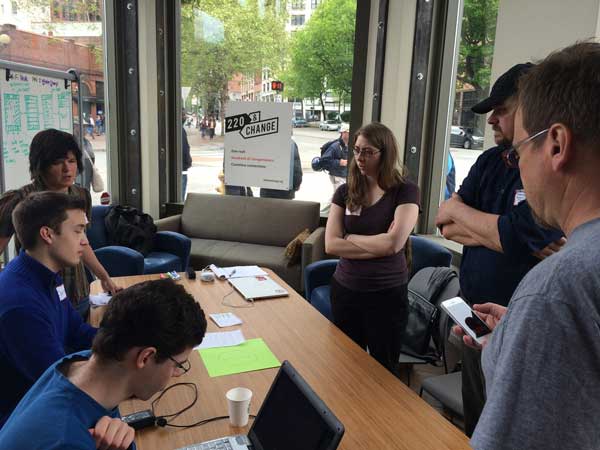 During the 3-day hackathon at Impact Hub in Pioneer Square, teams worked together to create web and mobile apps that combat homelessness.

Teams with contributors, designers, and web and mobile developers worked together to create apps, programs, and websites in

a community empowered by technology and design thinking to solve the problem of homelessness. 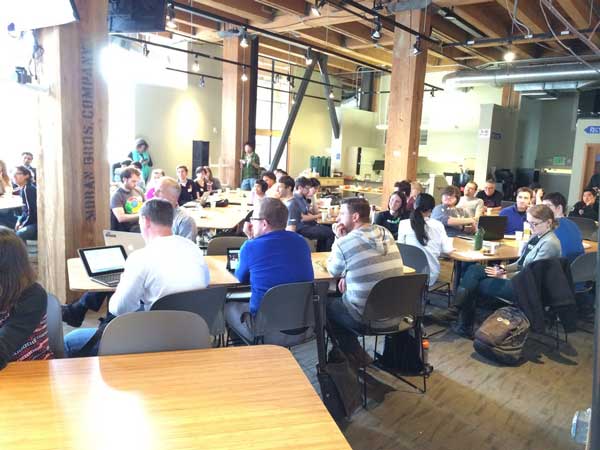 Chris’s team built a web and mobile application for non-profits who serve the homeless population. Users are able to log information about specific homeless clients to better provide for their needs.

Chris worked with two other Ruby on Rails developers, a designer, a mobile developer, and two contributors, who brainstormed and pitched the project.

I’d never been to a hackathon before, so I learned that in a very short amount of time you could make a product with real-world impact.

He had 3 takeaways for others thinking about participating in a hackathon:

By the end of the weekend, teams had built several valuable resources to benefit the homeless community, including a social network, an app that connects homeless youths with shelters, and data on the causes and solutions of homelessness. 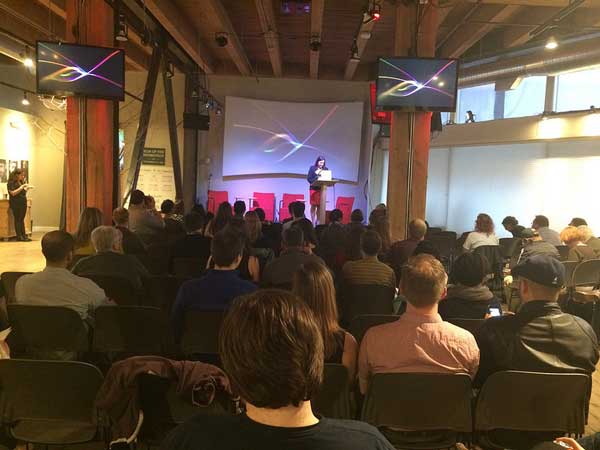 For more info on the hackathon, watch the Komo News story.