iBeacon outside retail: 5 fields where Bluetooth Beacons can be game changers

There’s currently a lot of talk in the tech world about iBeacon and Bluetooth beacons. However, about 80 percent of the conversation focuses on retail and shopping. Everything seems to revolve around coupons, digital loyalty programs, and mobile payments.

I work at a company that makes iBeacons, called Estimote. We put a lot of effort into adapting this technology in retail, but we also want to explore possibilities in other fields. And those are almost limitless.

Here are 5 industries that beacons can change the way companies interact with their consumers.

A few weeks ago I attended a hackathon where the winning team built an app that helps visually impaired people commute on public transport using our beacons. The principle was pretty straightforward. The team integrated the schedule from the transport administration’s database with a voice synthesizer and installed beacons on the stops and trams. Users would be notified when they were in proximity of a stop and when a tram was approaching. They could also easily check timetables for specific lines.

It was an amazing project, and I realized that it doesn’t have to be limited to visually impaired people. I’d use the hell out of this app myself! With the push for everything to be ‘smart’ now, why not smart trams, smart buses, smart stops — the whole transport system in general. Thanks to this, cities with beacons can become much friendlier to many groups: handicapped, tourists, and newcomers — people who are always on the go.

Home automation is already a hot trend in the world of technology. Just look at the traction Sonos or Nest have. Everyone wants a smart home right now. But why not make it really smart? Give it some additional context, a kind of a personal feel. Just imagine that your home really knows you, your mood, your schedule, and your habits. With beacons, that’s entirely possible. Install one on your fridge door, and it will know how many times you opened it in a given week. Put another one by your front door, so that you get a reminder to throw out the garbage — something for the absent-minded. Incorporating smart gadgets would boost the experience even more.

Sonos and Nest are only a couple of examples that come to mind. Imagine Smart TV, Philips Hue or LIFX, or WiFi Plug, all knowing your habits and working together to make your life easier. There are already several beacon-based apps that easily integrate with tons of third party software, such as Placed, Beecon and BeaconTasker.

Measuring and managing everything connected to health and fitness is now easier than ever. With devices such as Fitbit trackers, Nike Fuelband, or the NeurOn sleeping mask, your body has no more secrets hidden from you. This kind of technology knows how you work out, how you sleep, and how you eat.

Now imagine that it also can make proper use of this knowledge. Consider the possibilities of having an app that can track information from both health tracker and Bluetooth beacons. If they were installed in the local gym, you could easily compare results from consecutive training sessions. In your home, beacons could track your daily movement pattern and help design the best workout schedule. Be smarter and healthier with more context at hand — especially now, as beacons are being equipped with much more than just the Bluetooth module itself. Additional sensors, like a thermometer or accelerometer, open a lot of new possibilities that developers can turn into a quantified-self kind of magic.

Outside of retail, this is probably the busiest field for beacon developers. And no wonder: the iBeacon technology seems crafted specifically for the needs of museums and galleries. There is huge potential for interlacing the physical space with digital experience. As you approach a sculpture, you may see a video about its author playing on your tablet. Looking at a single painting for two minutes already? Pull the smartphone out of your pocket and let the gallery manager know that you’re interested in a purchase. Or take an interactive tour with audio commentary suited to the exact path you decide to follow.

The best part is that these thing are happening right now. Digital agency Prophets has already launched a prototype in the Rubens House in Antwerp; Llama Digital helped Victoria and Albert Museum with the Recording Britain exhibition app for the Millennium Gallery in Sheffield; and LabWerk has built an outstanding mobile experience for Tulpenland, the tulip-themed park in Netherlands. It may sound unbelievable, but there is even a church in Pennsylvania that delivers meditations to your smartphone during the Way of the Cross ceremony via beacons. And that’s only the tip of an iceberg — there are more appearing every week. This trend is not stopping anytime soon, because with beacons exhibitions can appeal to a wider range of audiences.

Social networks are awesome! They help us keep in touch with friends around the world, discover interesting local events, or learn about news as it happens. However, some people say that wide use of Facebook and Twitter has a detrimental effect on our social life, because many of us prefer tweeting from the comfort of our houses to actually meeting each other in the real world. But why should we choose between digital and physical when we can simultaneously have both, creating synergy and improving the overall experience? We can use beacons for conferences and meetups, concerts and festivals, and maybe even during parties.

There are already several people working on this kind of “local-social” app projects, mostly including automatic check-ins in specific places or sharing Facebook or LinkedIn profiles with other attendees at an event. Even more can be done with that, though. Maybe you’d like all the photos taken at your birthday party instantly go to a single feed or folder? No problem with that! Let’s not make it physical versus digital, but physical with digital instead. 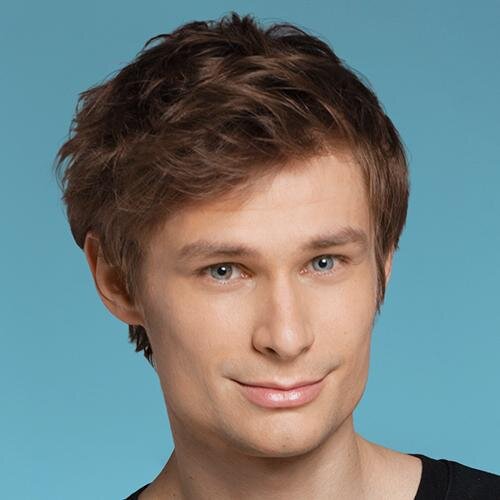 Wojtek is a community evangelist at Estimote, freelance writer, and all things digital enthusiast.