Alexandra Norcross had 15 years of software development experience behind her when she opted for a change. After hearing about Code Fellows from a recent graduate, she decided to switch from developing for desktop and the web to programming iOS apps. She shares her experience during her course and what surprised her most about the program.

What were you doing before enrolling in the iOS Development Accelerator*?

I was in software development (desktop and web with VB, HTML, Javascript, XML; actuarial software, etc.) for 15ish years before enrolling in the iOS Development Accelerator*.

Why did you decide to apply to Code Fellows and why iOS specifically? 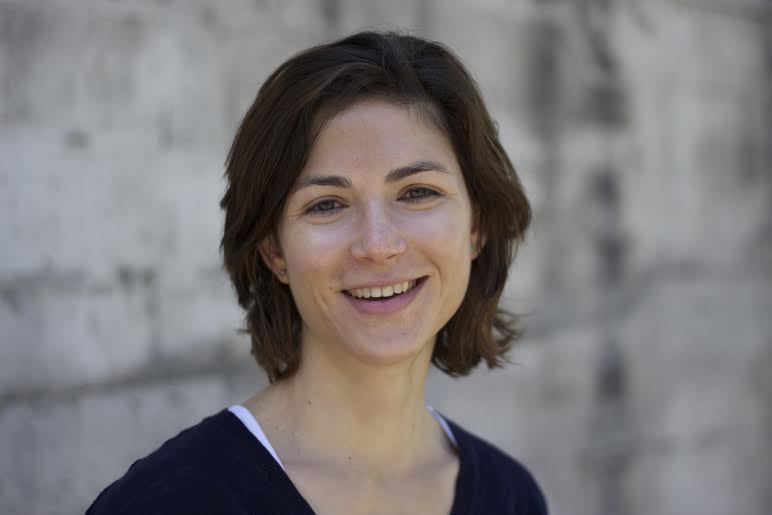 A little over a year ago, my family and I moved to Seattle. At the time, I had decided to put software development behind me. After many years as a developer, I wasn’t sure if my reluctance to remain in the field had to do with how I felt about programming in general or what I was programming.

I started to look for work here in Seattle (rather aimlessly) when my husband heard about Code Fellows from an alumnus. I attended an info session and decided that I would give software another go, as I saw the possibilities of applying my years of experience to the iOS space.

It is intensely exciting and empowering to work in iOS because it enables innovation in such a wide variety of industries, including those that are not traditionally thought of as technology leaders, like hotels and taxis. It also allows me, as a developer, to create a solution that includes the complete package of both front- and back-end functionality.

Tell us about your time in the course. What were the highs and lows?

While deliberately or accidentally breaking your own code might seem like a low to most, it was actually one of the highs for me. Fixing it was one of the best ways for me to learn. I truly enjoy refactoring—I like for my code to be re-useable and efficient.

What was hardest for you?

I have two young boys and my husband is out of town for most of the week. I was very nervous about juggling the course and managing the boys schedule on my own. But I did it.

Was the course what you expected it to be?

The iOS-specific part of the course was as expected. We covered a lot and it did take some time to sink in. I did not, however, expect nearly as much help as we received in crafting our resumes. Additionally, the range of speakers that came to our class really enhanced the experience and represented a great cross-section of industries and perspectives.

Who was your favorite guest speaker?

My favorite guest speaker was from Square. It was encouraging to hear that when you sit down for an interview, you are not expected to “ace the test”; that interviewers are primarily looking to see how you process/tackle the challenge given to you.

In what ways did your background help you?

My prior software experience helped me to quickly develop my technical skills. I was able to easily understand the new languages and build upon the structures and methods I had employed previously. In addition, I had studied mathematics and some computer science in college and while it was not necessarily practical application, it did teach me how to structure my thinking and approach my coding projects. Believe it or not, I still write out my if-then tables!

What are some of the apps you created?

My first group project involved scanning food item barcodes to alert users to the presence of user-specified allergens, such as nuts, gluten, etc. In my second group project, we created an easy-to-use app for patrons of the arts to find local theater events.

Awesome! Are your apps available in the app store?

How big was your team during each project week? Did you get the chance to work with any students outside of your cohort?

I worked with four other people for each project. For the second project, two of the five team members were Javascript students.

Any advice for future students?

Draw pictures—draw out the logic, draw out how elements of your code are talking to each other. I like to think logically and to compartmentalize things, which I find helps me in coding. Don’t underestimate the power of old-fashioned pencil and paper!

Ready to learn the languages and tools used by professional iOS developers? Learn more about the advanced iOS course taught at Code Fellows.

*This course is now Code 501: iOS App Development with Swift.